Take a listen to the conversations taking place in and around your church these days. Are you hearing anything like this?

If this kind of talk is going on, chances are your church is being infiltrated by Internet Christianity. During the Innovate leadership forums, The Leadership Centre Willow Creek Canada’s Tim Schroeder provided valuable coaching on this growing phenomenon, where members of our churches are being swept up in internet-fueled side issues.

In its mildest form, Internet Christianity can deflect a church off its mission. At worst it can cause internal strife and division.

Church leaders must be vigilant to lead decisively against this infiltration by speaking truth boldly and by correcting error clearly and lovingly.

How can you tell if Internet Christianity has infiltrated your church? Watch for these warning signs:

1.   Fringe doctrinal issues are gaining a foothold
Be on the lookout for a sudden increase in conversations about topics like the place of sign gifts in the church or the role of women in leadership.

2.   Other churches, ministries and pastors are being criticized
Internet Christianity obsesses over the words and actions of well-known Christian leaders.

Were people in your church clucking their tongues over Andy Stanley’s stand on homosexuality? If so, chances are Internet Christianity has crept in to your church.

What I’m talking about here is the growing, concerning trend where people in your church may be taking their direction from a handful of influential bloggers, instead of the scriptures being preached from your own pulpit.

Online resources can obviously be a wonderful tool for the spiritual development of your congregation. But without great discernment it can also lead to distractions and divisions in your church.

Stemming this tide may be one of your highest leadership callings.

How have you responded to the growth of Internet Christianity in your church?

3 Indicators You Could Be Developing the Wrong Person

3 Times A Leader Should Announce, “I QUIT!” 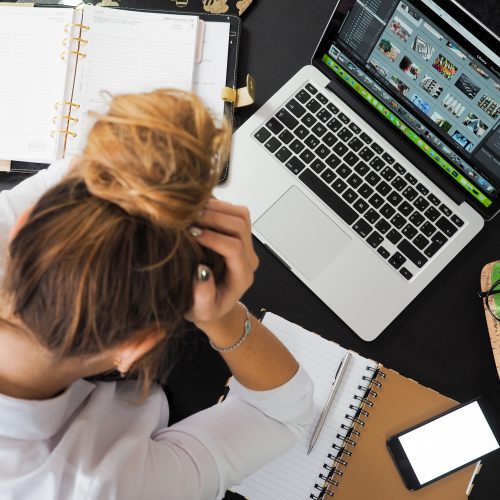 How “I Hate Meetings” Can Be Hurting Your Leadership