“We have just hit our goal and we’re still going strong!”

That is leadership truth-telling at its easiest.

“It appears we will miss the mark, and my own miscalculation is partially responsible.”

That’s leadership truth-telling at its toughest, and at its most important. Because it’s when things are not going well that leaders find themselves in the trenches of leadership. And it is the ability to tell the truth from that place that sets the great leaders apart.

The trenches of leadership are when goals are not being met, when strategies are being questioned, when decisions are being second-guessed, and when teams are struggling.

When the truth makes you look weak

Can you stand up in front of your constituents and say, “We’re missing our numbers. We’re falling behind our plan. And I am responsible for this.”

When spoken out of genuine humility, this kind of truth-telling can project tremendous strength

When the truth makes you look fallible

The ability to say, “I don’t know how to do this; the truth is, I need your help” is one of the most profound forms of truth-telling possible. And it’s incredible how many leaders do not have the strength of character to be able to utter such words.

Some fear that to admit the need for help would make the leader appear incompetent.

But the best leaders know that, in the trenches, it’s necessary to openly acknowledge when it’s time for a little help.

When the truth makes you look wrong

Admitting mistakes is one of the hardest things for many leaders to do.

But in the trenches of leadership, saying “I was wrong” is one of the most important words a leader can utter.

Rather than making excuses or assigning blame effective leaders would rather be wrong and truthful, than to appear correct through deception.

The ability to be a truth-teller is core to the character of a strong leader.

But if you want to test your own truth-telling mettle, remember that test isn’t taken when all of the lines are going up and to the right.

You can only really take this test in the trenches.

What’s the most challenging time when you’ve had to be a truth-teller?

How Bill Hybels Advises Church Leaders to Approach the Weeke... 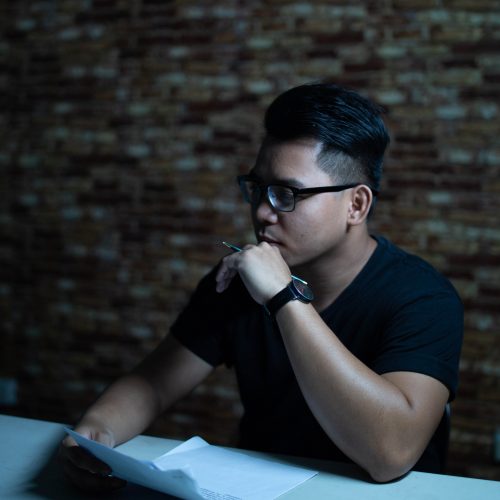