Have you ever made a leadership declaration?

When I was in my early 20’s and just embarking on my leadership journey, I made several such “declarations”, as I called them. I was beginning to establish my own approach to leadership and I thought it would be helpful if I were to articulate these approaches in the form of a series of definitive statements.

More than 30 years later I can still recite these declarations. More importantly, they have continued to serve as something of a “guiding light” to my approach to leadership.

Here are three of those declarations that continue to serve me well:

Right from the start I purposed to master the use of time. Some would later call this “energy management”, versus “time management”, but whatever the term, the principle has remained the same; I wanted to extract as much production out of every single minute of every single day as possible.

My mantra has been clear on this; as a leader you must maximize your time.

In my younger, less mature days I put it this way; “I will work harder than anybody.”

They could well become your own leadership guiding light too.

What declarations have guided your leadership?

When to Push Your Leadership “Amp” Up to 11 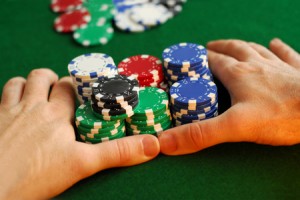 Leading Change? Time to Cash In Your Chips