September 29th, 2001 is not a date etched into the memory of most of us; unless you happen to be a fan of tv’s Saturday Night Live.

That was the night of the first episode of the new “SNL” season, following the terrorist attacks on September 11th.

With New York Mayor Rudy Giuliani on hand to open the show, SNL producer Lorne Michaels joined him on stage to mark a rare solemn moment on this comedy show. This moment was made all the more tense by the question that hung in the air; “Could a comedy tv show actually produce laughs just 18 days after 9/11? Had enough time passed?”

After paying tribute to the brave New York City first responders, mayor Giuliani proclaimed that it was time for the city’s great institutions, including Saturday Night Live, to return as best they could to the normal rhythms of life.

It was then that Michaels infamously asked, “So…can we be funny?”

To which Giuliani hilariously deadpanned, “Why start now?”

Part of the return to “normal”, and part of the grieving process, was permission being granted for a return to laughter.

We are standing in the midst of one of the greatest global crises of a generation. And while we cannot, and must not, either deny nor forget the economic and medical hardships all around us, part of the healing process is wrapped up in the same question asked on September 29th, 2001.

Can we laugh? Can we enjoy ourselves? Can we smile, tease, joke and look optimistically towards the future?

The answer is, not only that we can, but that we must.

As a person of faith, I draw inspiration from the bible. In James 1:2, James openly acknowledged that his readers, “…face trials of many kinds.” His counsel? He encouraged them, in the midst of these trials, to “Consider it pure joy…”

And so, here is what I would want you to know today:

As you go through your day, you will no doubt feel the weight and pressure of all that COVID-19 is causing us to endure.

Just remember, that in the midst of this trial, it is okay to be happy. 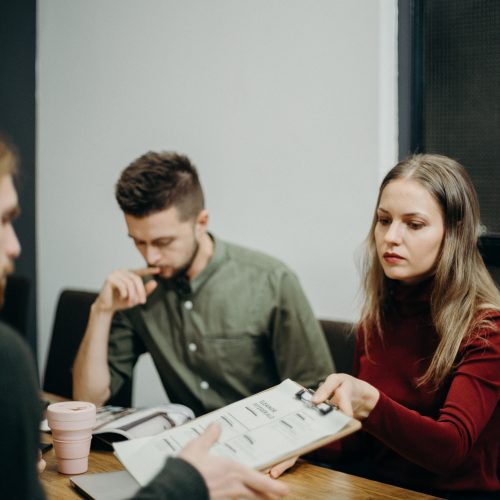 Debunking the “It Doesn’t Matter Who Gets the Credit...

3 “Don’ts” When Dealing with Complainers